Mid last year, I wrote a pretty damning rant about Android phones and explained how I will never use one as my personal device. I must admit, I was wrong and might have to eat my words now.

As a personal experiment, I decided to switch from my iPhone 7 Plus to a Google Pixel 2 as my personal device. Let it be known that I have been reviewing Android phones for a good six years now, however, I haven’t used one as a personal phone since late 2013. Therefore, I thought the Pixel 2 is a great place to start my experiment because it follows the same smartphone ethos that Apple swears by: total control over software and hardware. In case you are wondering why I didn’t choose the Pixel 2 XL over the Pixel 2, the bigger phone’s display issues were a big letdown for me to consider a switch.

So, how did the Pixel 2 manage to change my opinion about Android phones in general? Let’s dive right in.

Drab looks but the perfect fit

There is no denying that the Pixel 2 is a pretty boring looking device. However, if there is one smartphone trend that gets my goat even today (maybe, I am just an old hack) is that flagship phones today are not comfortably-sized to use with one hand. I am still convinced that 5.2-inches with a 16:9 aspect ratio is the right size for a smartphone. However, a 5.5-inch smartphone with an 18:9 aspect ratio display and smaller bezels is also a good alternative for a decently-sized smartphone.

That’s why, despite its decidedly 2016 looks, the Pixel 2 wins brownie points for its comfortable size. The 5-inch display fits in a nice small frame and I can use it easily with one hand. Also, lets not forget that once you start using the phone, the design and the hardware hardly matter. Unless, you are someone who likes to show off your phone. In that case, the iPhone X or even the OnePlus 5T is a better bet.

Let’s get one thing out of the way: iOS’ notification system is a pain in the posterior. I love how Android bunches up all the notifications from a single app. It is undoubtedly a much more efficient system. There are some iOS features that I miss really badly on the Pixel 2, though.

These two features aside, Android’s flexibility is unmatchable. From arranging home screens and adding widgets to Google Assistant, Android just offers so much freedom to the end user that iOS feels like Guantanamo Bay in comparison. Okay, maybe that’s a bit of a stretch but you get my drift.

As fast as A11 Bionic

There’s no denying that the A11 Bionic is fast but the Snapdragon 835 on the Pixel 2 coupled with 4 gigs of RAM screams through all the animations and the app screens. I mean, even after installing a ton of apps I didn’t feel any slowdown whatsoever. In daily usage, most users are never ever, ever going to notice any speed issues on the Pixel 2. So, nothing to complain about really.

Now, there are other things that I must highlight. The speaker on the Pixel 2 is stupendous. It is as good, if not better, than the dual front-firing speakers we first saw on the HTC One M7. Although, I am not a fan of the Pixel 2’s internal DAC as my 1More Triple driver sounded thinner than usual. Therefore, as an ardent music lover, the Pixel 2 disappoints.

One reason why the iPhone is one of the most popular cameras for shooting photos is because of its easy-to-use, point-and-click interface. Google has evidently one-upped Apple in this regard. By including an aggressive auto-HDR mode and using AI to provide great bokeh effects using a single camera, the Pixel 2 just wants you to click the shutter button, sit back, relax, and enjoy the marvellous shot you’ve captured.

I got some insane still shots with superb dynamic range across the board. However, more seasoned photographers are bound to complain that the dynamic range tends to oversaturate the sky but let me tell you this…it looks good, really really good. In fact, brighter colours like red and yellow that can bring any smartphone camera to its knees, the Pixel 2’s HDR mode just kills it. And wait till you shoot in low light, the Pixel 2 captures some insanely accurate highlights and shadows. The dynamic range on offer will amaze you. The iPhone X’s camera doesn’t hold up in comparison. The bokeh images captured with single camera look super impressive. 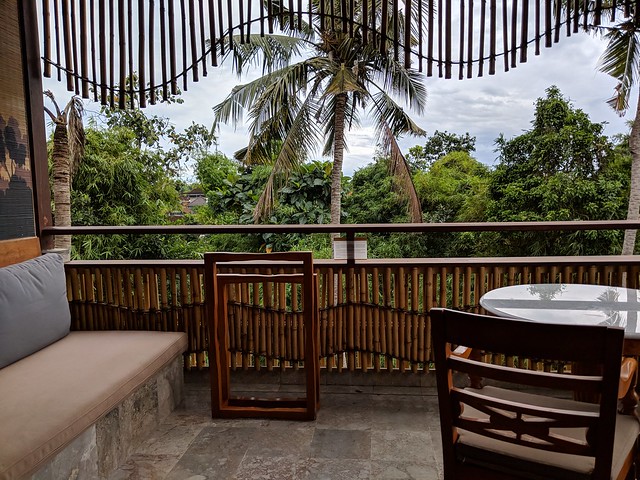 There is no doubt that the Pixel 2’s video recording is not the best out there, especially because it captures mono audio. However, the stabilisation (OIS+EIS) is top-notch; almost as good as the Note 8’s camera and that is definitely saying something.

If you want the best smartphone camera for posting pictures on Instagram and Facebook, and for occasional prints, the Pixel 2 is your best option. The Note 8 still takes the best videos.

Probably not. I am still entirely dependent on Apple’s ecosystem because the MacBook is the best laptop out there (definitely not going to engage in that debate now). And, the the ease with which both the hardware units work in tandem to disseminate notifications and create easier workflows seamlessly just amazes me every single time. Handoff and Continuity are really godsend as far as I am concerned!

Having said that, if there is one phone that has made me question my loyalty towards iOS it has to be the Google Pixel 2. I am really tempted to make the switch but I’ll wait for now. What does this mean for Apple? Well, the company has its task cut out for this year: wow me or lose a customer. Not like losing one customer is going to make a dent in the company that makes more money than the combined GDP of a few countries, but I am sure there are many like me out there who are going through a similar quandary.  Are you one of them?

When Ershad isn't writing, he spends time killing virtual zombies on his PS4. Having worked with a slew of renowned publications like PCWorld, Channelworld, CIO, NDTV Gadgets (now Gadgets360), MySmartPrice, The Inquistr, and 91Mobiles, Ershad brings a whole world of experience to Mr. Phone. He is trying hard to convert all the team members into Apple fans but is facing a lot of resistance. Is anyone willing to help?